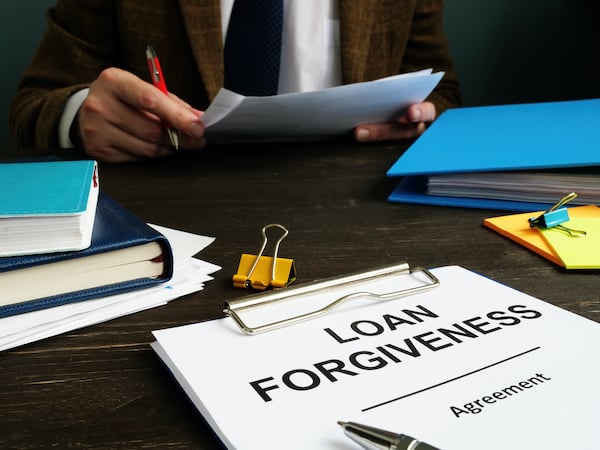 Forgiveness says you are given another chance to make a new beginning.
― Desmond Tutu

At the end of September, we described the tax impact of PPP loan forgiveness and why businesses that received a PPP loan would likely face a higher tax bill than they might have anticipated (see below).

Year-end is approaching and many business owners have not yet received a decision regarding their PPP loan forgiveness application. Therefore, companies are asking whether or not the expenses that were paid for using the PPP loan proceeds are deductible for tax purposes (as a reminder, eligible expenses are payroll costs, interest on a qualified mortgage obligation, qualifying rent payments, and covered utility payments, all of which are typically deductible business expenses). This uncertainty affects the final estimated tax payment a business must make for the fourth quarter of 2020 (due January 15, 2021), as well as the tax return filed for the entire year.

The Treasury and IRS’s position

Recently, the Treasury and the IRS issued additional clarification on this issue, in which two scenarios were considered: (1) a business has good reason to believe its PPP loan will be forgiven but does not yet have a decision on the application; (2) the application for PPP loan forgiveness was denied.

If a business has good reason to believe its PPP loan will be forgiven in the future, the expenses related to the PPP loan are not deductible in 2020 (as outlined in our earlier update). This applies whether or not the business has already filed an application for forgiveness.  Since this affects a company’s tax obligations and cash flow forecasting, we encourage all businesses that received a PPP loan to file for forgiveness as soon as possible, as long as the guidelines for using the loan proceeds were followed. G-Squared has a service to assist businesses with this process.

If a business filed for PPP loan forgiveness but the application was denied, the expenses that were paid with the PPP loan proceeds are deductible for tax purposes in 2020. The loan becomes a debt obligation on the company’s balance sheet, payable under the terms of the PPP program.

The original guidance was unclear

As this article from Bloomberg Tax points out, the original guidance from the Treasury Department that stated businesses could not deduct expenses if a PPP loan was forgiven created some ambiguity. Many companies interpreted it to mean that they could deduct those expenses in 2020 if they had not received a response regarding their application for loan forgiveness by year-end. Then, assuming the application was approved in 2021, the business would include the amount forgiven as gross income (a discharge of indebtedness) in 2021. By the end of 2021, the combination of deductions and income would “wash out” but this treatment would increase cash flow by allowing business expenses to be deducted in 2020.

The revised guidance from the Treasury and IRS means that companies that used PPP loans to help pay for expenses will have higher taxable income than they expected in 2020. While Congress may introduce legislation to address this, it is unlikely that any legislation would be passed in time to affect the 2020 tax year, unless the legislation is retroactive.

While qualifying for Paycheck Protection Plan (PPP) loan forgiveness would be good news for any business, it may have an unpleasant side-effect – a higher 2020 tax bill. Here’s why: although debt forgiveness is usually a taxable event, PPP loan forgiveness was specifically designated as non-taxable. However, business expenses paid using PPP funds, including payroll, cannot be deducted from income.

Under most circumstances, when a loan is forgiven, borrowers owe taxes on the amount of the loan. The reasoning is that wiping out debt is equivalent to creating income – if I owe you $1,000 and you decided I do not have to pay you back, my net worth has increased by $1,000.

I do not necessarily have that money in cash, but I am $1,000 better off, and (naturally) the IRS wants its share of that “income”. However, the PPP rules specifically state that businesses would not owe taxes on loans that are forgiven under the Program. So far, so good.

Here’s the problem – expenses paid using PPP funds cannot be deducted from income, and that will result in a higher tax bill than what many businesses had projected. This means they have likely underpaid their estimated taxes and will owe more, along with interest and penalties.

Assume a business used a $100,000 PPP loan to meet payroll and cover other qualifying expenses. Since those expenses were paid with the PPP loan, they cannot be deducted for tax purposes. That wipes out $100,000 of deductions the company would normally take, essentially increasing its income by $100,000. The business owes taxes on that “income” even though it does not owe taxes on the PPP loan that was forgiven.

The AICPA has urged Congress to address this situation, claiming that it distorts the original intention of the PPP, but with Congress apparently deadlocked on COVID-related relief proposals, there is a great deal of uncertainty as to whether any change will be enacted before year-end.

If nothing changes, companies will need to come up with more cash to pay those higher taxes. This robust cash flow guide may be valuable in that process.

Below are the requirements as they stand today for PPP Loan Forgiveness – we emphasize that the rules are still somewhat fluid – and the types of records that will help when applying for loan forgiveness.

📌 Get proactive about PPP loan forgiveness.

Use our free calculator to know your numbers.

In a nutshell, to qualify for forgiveness a business has to use at least 60% of its PPP money on wages and related payroll expenses during the 24 weeks following the day the funds are received (Covered Period).

“Wages” are limited to $100K per person on an annual basis, or $8,333 per month-or more precisely, about $1,923 per week.  “Related payroll expenses” can include employer-paid state and local payroll taxes, the employer-paid portion of health insurance premiums, and employer 401k contributions.

The balance can be used for lease payments related to office space and personal property, utilities, and interest on mortgage obligations. However, the amount forgiven will be reduced substantially or entirely if employee headcount declines or salaries of employees earning less than $100K per year are reduced by more than 25%.

Legislation and clarification from the SBA

Subsequent to the enactment of the CARES Act, the SBA and Treasury Department have provided clarification on various aspects of the PPP, and additional legislation relaxing many of the original requirements was signed into law in June, as part of The Paycheck Protection Program Flexibility Act.  The more important clarifying points and legislation changes are as follows:

The PPP Forgiveness Timetable – an Example

The Covered Period begins on June 18th and ends on December 3rd (24 weeks), during which at least $203K (60%) should be used for payroll-related costs and no more than $135K (40%) can be used for lease payments, mortgage interest, and utility costs. The company has until December 31, 2020, to re-hire employees furloughed between February 15 – April 26, otherwise, unless XYZ meets one of the headcount reduction exemptions, such reductions will reduce its forgiveness.  Salary reductions of more than 25% implemented during the same period will also reduce forgiveness unless reinstated by December 31, 2020.

As of now (again, this could change), if a business does not use the entire loan over the 24-week period as specified, the balance will not be forgiven and must be repaid, with interest.

Under the worst-case scenario, if the loan is not forgiven, XYZ Co. will have to make monthly payments of approximately $7,300 per month to pay off the loan over the remaining 42 months after forgiveness is denied. That means payments would start in late December 2021/early January 2022.

Borrowers who were awarded a PPP loan prior to June 5, 2020 (current borrowers) , may elect to extend its Covered Period from the original eight-week period to the new 24 week period and can also take advantage of the reduction of the payroll/non-payroll expense allocation from 75%/25% to the new 60%/40% allocation. As loan documents for current borrowers have already been executed, their loan terms are not automatically extended to 60 months. However, a current borrower may approach its lender to request an amendment to its loan documents to reflect the new extended loan term.

The harsh reality is that if a business needs money to survive but cannot use 60% of the PPP loan for qualifying payroll expenses, it can make sense to use the money for other business expenses. While the loan will not be forgiven, if the business is going to survive over the long term, the ability to wait for more than 18 months to start repaying a loan with an extremely low-interest rate may be the best option.

Will my PPP loan be forgiven?

If properly planned a borrower’s loan should be forgiven. The following circumstances illustrate scenarios in which part or all of a PPP loan will not be forgiven.

In regards to the Safe Harbor provisions, if the borrower found itself in the unfortunate position of having to furlough employees or reduce salaries by more than 25% and those reductions occurred between February 15 – April 26, the reductions to forgiveness noted above won’t occur if the company returns its headcount and reinstates salaries to February 15th levels by December 31, 2020.  In addition, to the Safe Harbor provisions, there are certain exemptions to what is considered a reduction in headcount.

Assuming your company plans to apply for forgiveness, start keeping records and documenting expenses as soon as you receive PPP funds. The documents required to seek loan forgiveness may vary from one bank to another, just as the PPP application process varied from bank to bank – some banks may require substantial documentation while others may require little.

You should track all payroll expenses accurately, including the company’s contributions to retirement accounts. Have proof of payment of payroll, lease payments, utilities, and interest on mortgage obligations.

The PPP forgiveness process is filled with uncertainty, and both borrowers and lenders have limited time and resources to fully understand the requirements.

Businesses are focused on staying afloat, while keeping their employees healthy and their customers safe, updating cash flow forecasts, and revising strategies on the fly. Some will scramble at the last minute to figure out the forgiveness rules and calculations and gather the supporting documentation right before the application for PPP forgiveness is due.

Instead of keeping your fingers crossed that your business will qualify for forgiveness, be proactive. Compute how much your business can spend on non-payroll expenses, keep records, be in touch with your bank about what they require in terms of documentation, and put important dates and reminders on your calendar. PPP Loan forgiveness really can be a chance to make a new beginning.

G-Squared’s PPP task force can provide you with a free spreadsheet to help your business estimate forgiveness-related expenses. We are also working with a number of lenders to help them manage this process from their end.

As noted earlier, the rules dictating PPP loan forgiveness could change – we will provide updates to our clients as we learn of them.

We hope you found this article useful. G-Squared Partners is helping many businesses work through a variety of financial challenges during this time. If you have issues specific to your company’s financial situation that you would like to discuss, please contact us for a no-obligation conversation.

Do you have any thoughts or comments on this article? Let us know!